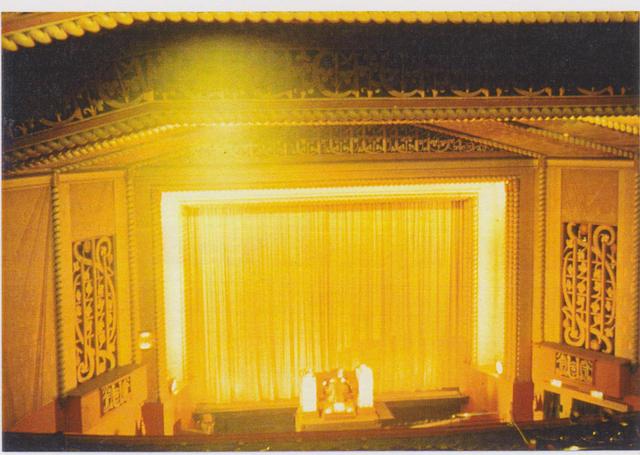 Built for and opened by the County Cinemas chain as the Regal Cinema, it opened on 5th August 1933 (the same date as the city’s new Friars Theatre opened, later to become the Odeon). The opening film was Jack Hulbert in “Falling For You”. The Regal Cinema had a seating capacity of 1,750 in stalls and circle levels. It was equipped with a Compton 3Manual/9Rank organ which was opened by Reginald Foort. There was also a ballroom and a café for the convenience of patrons.

County Cinemas relinquished the building on 4th April 1935 and it was taken over by Associated British Cinemas(ABC) from 29th April 1935. The Regal Cinema was closed on 31st October 1942 due to bomb damage and re-opened in February 1943. It was re-named ABC from August 1963.

Closed on 5th August 1972 for twinning into a cinema bingo operation. The former stalls became a bingo hall with a 536 seat ABC cinema in the former balcony which re-opened on 26th October 1972.

Later re-named Cannon Cinema, the stalls bingo was converted back into cinema use to become Cannon screen 2 from 5th August 1988. Later takeovers have seen name changes to MGM Cinema, back to ABC Cinema and currently Odeon Cinema, with the screens now seating 494 and 381. A Costa Coffee was operating in the main foyer (they have since moved out).

It was closed on March 16, 2020 due to the Covid-19 pandemic. In 2021 it was used as a Covid vaccination centre. Repairs were being carried out on the roof before the cinema can reopen. It was still closed in March 2022. It was announced by Odeon Theatres on 24th August 2022 that the Odeon will be closed permanently.

The opening programme at the Regal Cinema was Jack Hulbert & Cecily Courtneidge in “Falling for You”. The cinema was equipped with a cafe and ballroom (this section of the building was destroyed by bombing and was never re-built).

In the auditorium there was a Compton 3Manual/9Rank theatre organ with illuminated console that was opened by Reginald Foort.

Interior showing the organ was taken before the Regal was twinned. Barleycorn décor above old screen level retained in screen 1

The Odeon has not reopened as the lockdown restrictions eased, and the Costa cafe housed in the foyer is no longer trading there. Odeon have not yet revealed their intentions for this cinema. (May, 2021)

To add to above comment, a personal visit revealed the cinema is being used by Pharmacy2U as a vaccination centre. An usher in Odeon T shirt confirmed the Odeon would re=open after the jab programme had ended.

The high roof has been damaged and upstairs is unsafe for access. Extensive scaffolding is in place and repairs will be done after the vax work is done, but Costa are not due to return