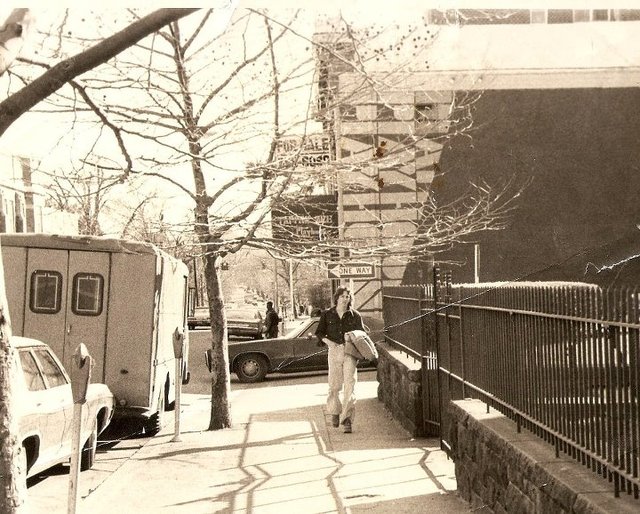 Usually a building that is listed on the National Register of Historic Places is a source of civic pride and a focal point of its community. Today, development turns away from that outward approach of town-planning and looks more inward, and we tend not to notice the old pillars of community. In Nyack, there are some who see the Tappan Zee Playhouse as an eyesore and would rather it be demolished. Once a stage for famous actors and entertainers, the building today is a hollow shell.

Known as the Broadway Theater when it opened in 1911, the Tappan Zee Playhouse has been both a vaudeville house and a movie theater. Headliners here have included Edgar Bergen, Gloria Swanson and Nyack’s own Helen Hayes. The building has gone through several cycles of activity followed by dormancy. The building closed after a series of fires in the 1970s, and a preservation group formed in 1979 to reopen the classically-inspired theater. Eventually the building was gutted and a new roof was installed. Plans for final restoration were put off by an economic downturn and lack of financial support, and the project was abandoned when the Helen Hayes Performing Arts Center opened in the old Nyack Cinema East in the 1990s. There has been debate in Nyack since the mid-1990s regarding the future of this significant building. Some of the following options have been promoted for the site: Farmer’s market, gymnasium, apartment building with retail space, and a village green.

On February 12, 2004, the Village of Nyack voted unanimously to sell the Tappan Zee Playhouse. It seemed that adaptive reuse of the facade would have been simple enough, since the building is already gutted, but this National Register building doesn’t have enough fans in Nyack.

The Tappan Zee Playhouse was demolished in April 2004, as scheduled.

See my photos of the Tappan Zee the month before it was demolished at http://www.cinematour.com/tour/us/24705.html

Roger, Thanks for filling in some of the blanks. I knew of this theater just before it closed, but never did visit it. When you live in the area, some things just don’t seem important.
Did this theater also go under the name “Rockland Theater”?

The Rockland Theatre was an entirely different theatre. It was located at 36 North Broadway and has long since been demolished.

Thanks. I remember ‘that’ one now. Being north of Main St., it didn’t draw as much attention. Do you know how large it was and when it actually came down? I do know it had an 8 rank wurlitzer installed, so it must have been over 800-1000 seats?

Here is part of a news article from February 2004 that discusses the demolition plans:
http://tinyurl.com/ytkrfb

Honey Waldman, who with her husband renovated this theater and opened it as the Tappan Zee Playhouse in 1958, died December 8 in Manhattan. She was 87. New York Times obituary here.

It is now a market with Good eats