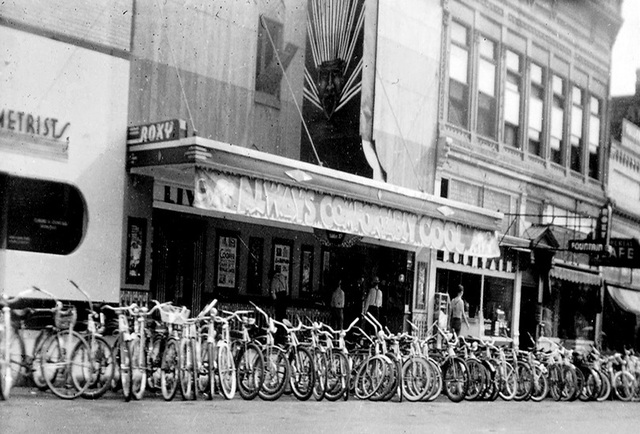 Opened as the Vitaphone Roxy Theatre. By the early-1940’s it was renamed Roxy Theatre and was operated by Midstate Amusement Corp.

The Roxy was originally a storefront theater known as the Vitaphone Roxy. It was completely rebuilt in 1934 and was demolished sometime in the 1980’s along with the rest of the block for the Transit center.

115 W. Main Street was the address of the Arcade Theatre, which was one of four movie houses listed at Walla Walla in the 1914-195 edition of The American Motion Picture Directory. An early photo of the Arcade on this web page shows steps leading up the the doors- probably indicating that the auditorium floor had been built up at the rear rather than dug down to create a sloped seating area. If the Roxy was in the same building the more costly alteration was undoubtedly made later.