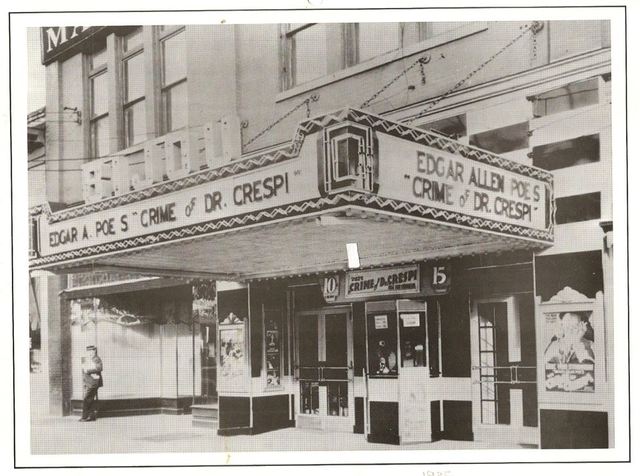 Opened as the Unique Theatre in 1905, this was Greenville’s first movie house, installed in former commercial premises, 26 feet wide and 104 feet deep, in the Bank of Commerce Building. It was renamed Bijou Theatre in 1908. Eventually it was one of several downtown Greenville theatres, all of which are now gone. The Bijou Theatre was gutted by fire on May 24, 1948, and never reopened.

1935 photo of our original Bijou Theatre that was on Main St. This building opened in 1905 as the Unique Theatre, Greenville’s first. This changed names in 1908 to the Bijou. This was a class “A” first run movie house for many years. I went to this theatre many times in the late 30’s and early 40’s. This later went downhill very quickly and was referred to as the rat den along with the Branwood in W. Greenville. On May the 24, 1948 the Bijou burned completely to the ground and was not rebuilt as a theatre. The Bijou was one of six theatres on Main St. during the heyday of theatres. We also had two black theatres but they were not on Main St. The two were the Liberty Theatre on S. Spring St. and the Harlem Theatre on S. Hudson St. We had many other theatres in later years but they were not on Main St. during the movie heyday. In 1935 the price of admission was 10 cents for children and 15 cents for adults.