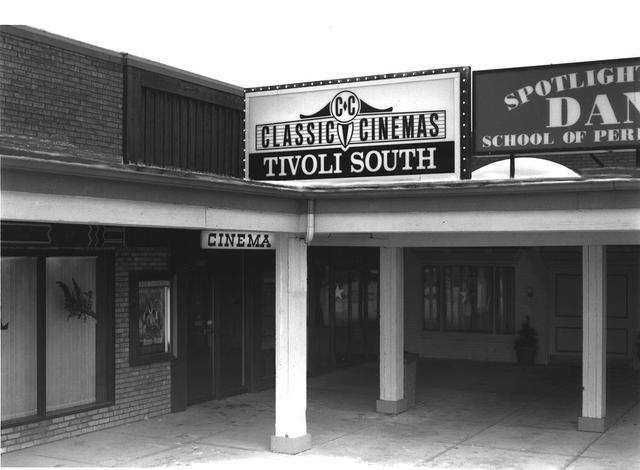 Located at the Meadowbrook Shopping Center at 63rd Street and Belmont Road, originally opened in 1974 as a Jerry Lewis Cinema. This theater was showing pornographic films in the very early-1980’s when it was called the Meadowbrook Cinema.

It later was operated by the Classic Cinemas chain as the Tivoli Theater South, but was closed in 2000.

In 2009, it was reopened as the Sathyam Cinema, screening Indian films. It was closed in the fall of 2011.

There was an explosion in the theater in June 1975:

A pipebomb caused an estimated $3,000 damage early Thursday to the lobby of the Willow Park Theater in Wheeling Township. The bomb was the second in two months at the theater, which is scheduled to open July 4, and the theater was the second in the Chicago-area that was bombed during the early morning.

THE FIRST OF the two bombs exploded in the lobby of the Meadowbrook Cinema in Downers Grove at 2:17 a.m. Downers Grove police said the bombs caused an estimated $5,000 to $8,000 damage to the theater and two adjacent stores. The Cinema had been in operation for almost a year, police said.