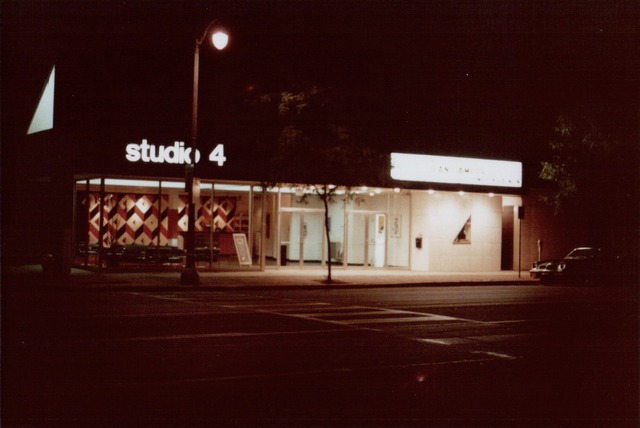 Located in downtown Birmingham, the Studio 4 Theatre opened December 16, 1970. There was a big numeral “4” on the side of the building and I think they also showed some of the controversial movies of that era.

That would be about right. It was a small single screen theatre.

This neat little building has a large “4” on it’s side, indicating the past occupation of the Studio 4 arthouse. Inside the building, you can still see the theater’s beautifully curved auditorium as it now contains Roche Bobois, a high-end furniture store that caters to the wealthy residents of this Detroit suburb.

Studio 4 ceased to exist as of this afternoon 4-26-22. The façade was there when I went in for a hair cut and gone when I cam out