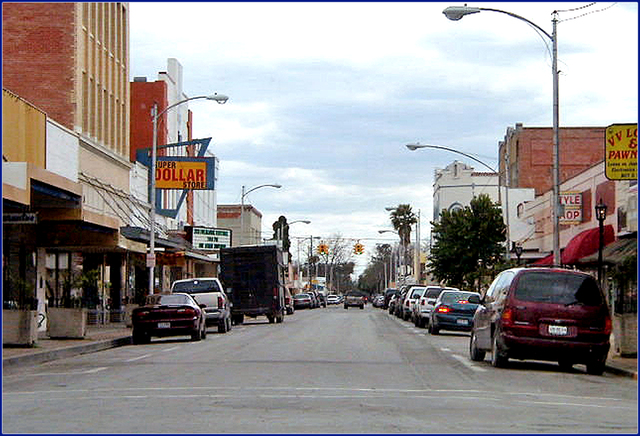 The Rita Theatre was built on the site of the Strand Theatre/Rita Theatre which had been destroyed by fire February 26, 1943. The new Rital Theatre was designed to the plans of architect Jack Corgan and opened September 20, 1943 with “Fight for Freedom”. It was closed in 1978 when it was listed with 879 seats.

On December 16, 1983 it reopened as the Paul Poag Theatre for the Performing Arts.

he Rita Theatre’s grand opening was September 20, 1943 with the patriotic film, “Fight for Freedom.” The theatre operated for 35 years continuously closing in 1978. Despite the closure, locals raised funds for years to renovate the showplace. The Rita re-launched on December 16, 1983 named after the theatre’s creator Paul Poag as the Paul Poag Theatre for the Perofroming Arts.

The previous Rita and former Strand Theatre which had opened in December of 1931 was destroyed by fire in February of 1943. This venue was built in the same spot.