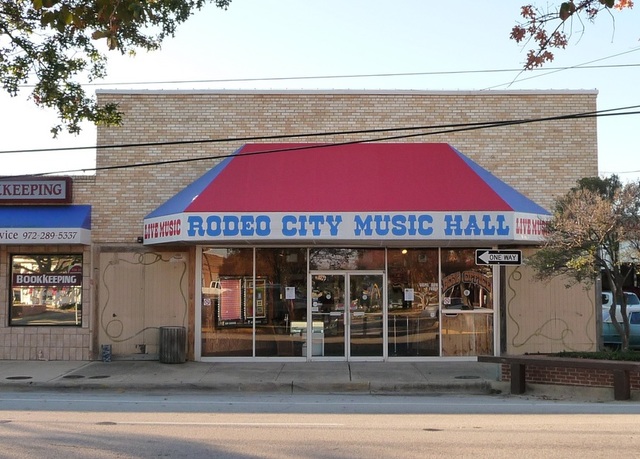 The former Texan Theatre is located on Davis Street near Broad Street in downtown Mesquite. Closed as a movie house years ago, the theater reopened in the early 80s as the Mesquite Opry, and today the building houses Clara Walker’s Rodeo City Music Hall, a venue for concerts and other live entertainment.

I occasionally went to this theatre in the early 1960s. It was pretty much a rat hole back then. The downtown area was mainly a bunch of closed stores and the area was really run down. It cost 50 cents to see a second run movie.

NOT QUITE THE RADIO CITY MUSIC HALL IS IT?

Here’s a night photo I took back in September 2007.. Randy A Carlisle – Historical Photographer