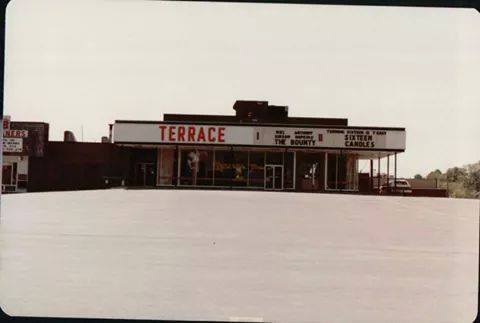 The ABC Southeastern Theatre circuit opened the Terrace Theatre April 1, 1971 with Kurt Russell in “The Barefoot Executive”. It was twinned on December 21, 1979.

The Terrace was originally built as a single screen theatre, and was very similar to the Mall Theatre in Johnson City. I believe it was an Ultravision screen.

It was a very nice theatre when built with a large screen, and I saw many movies there during my time in Kingsport. I think it was twinned in order to compete with the AMC Fort Henry 5. The Martin Theatre in the Kingsport Mall was also twinned.

I think the Terrace had rocking chairs, as did the Martin.

Also, the correct status would be demolished as I believe the entire Kings-Giant Plaza has now been demolished.

It was on off the first businesses to close in the Kings-Giant plaza. As you can see in the street view, nothing but a construction trailer on the lot where it stood. I went to this theater from 82 to 87 to watch the kids free summer movies. I also saw ET at this theater during its original release. Lots of good memories here.

The Terrace Theatre was opened on April 1, 1971, by ABC Southeastern Theatres as a single-screen Ultra-Vision house with 613 seats. The architect of the Terrace, William B. McGehee, was among those attending the opening according to the article in the April 2 issue of the Kingsport News.

Posted picture of the Terrace after it was twined in the photo section. 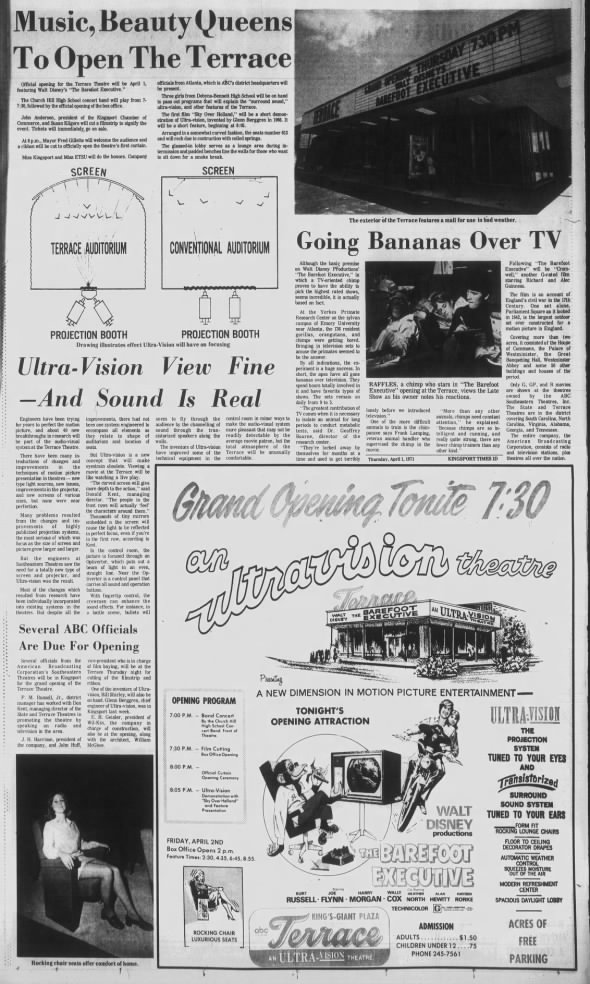