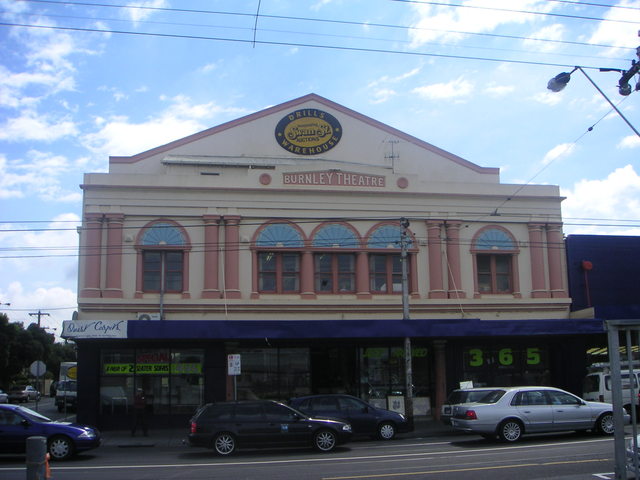 The Burnley Theatre opened on 21st May 1928 and was operated by Union Theatres Ltd. Located in the Melbourne suburb of Burnley, it was typical of the period and had seating in stalls and balcony levels. Designed by the noted architectural firm Bohringer, Taylor & Johnson, it had a beautiful Adam style interior in the auditorium.

In 1931 Union Theatres went into liquidation and was reformed as Greater Union Theatres. The Burnley Theatre was disposed of to the Independent chain Western Theatres Property Ltd. It was closed on 9th July 1958.

It became a furniture warehouse and retail store from 1959 and remains in that use today, known as Swan Street Auctions. Most of the interior can still be seen when wandering around the store.