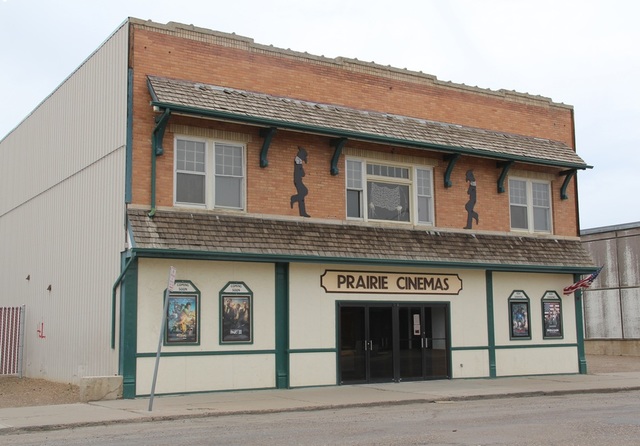 The Prairie Cinemas was originally the single-screen Liberty Theatre. The theater was converted to a four screen by Polson Theatres, which currently operates it. By summer of 2016 only two screens were operating.

no the prairie cinemas I am thinking about is one that is no longer open but was located in beloit wisconsin. was a great 3 plex in the 80’s when i worked there later went to a 5 plex then closed. was owned by essaness theaters. would like to renovate it and reopen. if anybody would like to be the invester please let me know I would love to reopen and run the operation. thanks kevin

very cool—thanks for the photo. never worked there but would love to move to Montana and work for them.

The Liberty Theatre was built in 1919 by Clarence J. Severson. Severson’s obituary in Boxoffice of March 10, 1958, said that he had come to Wolf Point in 1917, at which time he took over the Glacier Theatre there. In 1939 he built the Point Theatre, and in 1952 he opened the Sundown Drive-In, both also in Wolf Point.