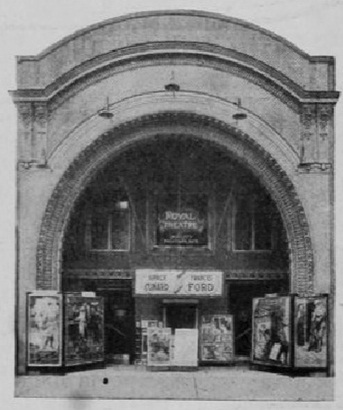 I don’t know if one or the other address is wrong, if the Royal later moved to a new location nearby, or if Chattanooga altered its numbering system at some point, but the January 22, 1916, issue of The Moving Picture World had this item about Chattanooga’s Royal Theatre:

“Chattanooga, Tenn.—The handsome new moving picture theater, the Royal, situated at 233 East Main street, erected at a cost of $15,000 by Weiner & Block, has made its initial bow to the public.”