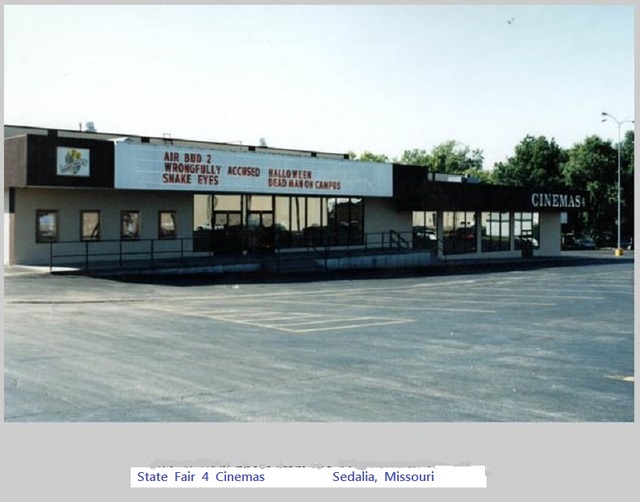 This theater, which was originally opened as a Jerry Lewis Theater, was demolished in 2007. The owners sold the cinder blocks! The marquis was moved from 16th Street, across from the Fairgrounds entrance, to the corner of 16th and much busier Highway 65 (South Limit Avenue) sometime in 1998. This is where I saw “Titanic” before seeing it again at the Starz Drive-In on Highway 50 in Sedalia.

To find out how Jerry Lewis felt about his theatres go to JERRY LEWIS CINEMAS, Canton,Ct.