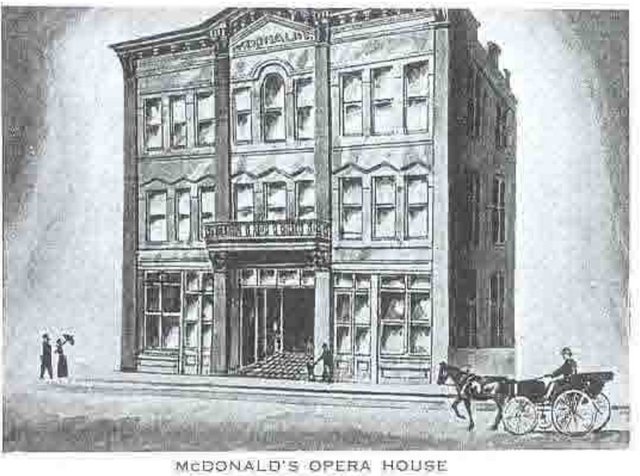 This theater opened in the early part of the twentieth century. It became the Bijou Theatre in 1908 and the Majestic Theatre in 1910. The theater’s rather uninspiring slogan was “Always a good show. Sometimes a great one”.

One would be happy with that slogan today……….

Do they sell hamburgers there?

Tlsloews.In Raleigh.N.C. a old movie theatre was converted into A McDonalds.I ate lunch there one time and it was great time.Have to go over to the Raleigh Theatres to find it.It is on my list of theatres somewhere,which would take hours to find it.

Thanks Mike,now we are off-topic again.

It was really neat theatre in Raleigh.N.C. I don’t think we are off topic we are talking about a theatre.Nick,has some new Dale-marby drive in ads on now!

Just joking Mike,been getting a little flack about being off topic from a long time C.T. member.I will not say any names.

Well I got jumped on about “ Star Wars” so I know what NOT to talk about.Even though 2001 was a thousand times better.Better Shut-up.

It only bothers them if they see it,the comments that is.And I saw Nicks ads pretty cool.Now back the the McDonalds theatre.

The May, 1907, issue of The Bridgemen’s Magazine said that the contract to build the Bijou Theatre in Montgomery had been let to Hodgson & Hannon, but the location given was Dexter Avenue. Dexter Street starts just the other side of Courthouse Square from Commerce Street. I don’t know if this is the same theater or not. The magazine might have just gotten the street name wrong.

There is an extensive collection of historical items about Montgomery on this page at Facebook, a site that is virtually unsearchable. A Google search returns results about the Bijou, but the result link doesn’t fetch the page it’s actually on. If historical groups are going to go cheap on their Internet hosting I wish they’d at least use Flickr or LiveJournal, both of which have decent internal search functions, and play well with regular search engines too. Facebook is one of the most useless and annoying sites on the Internet.