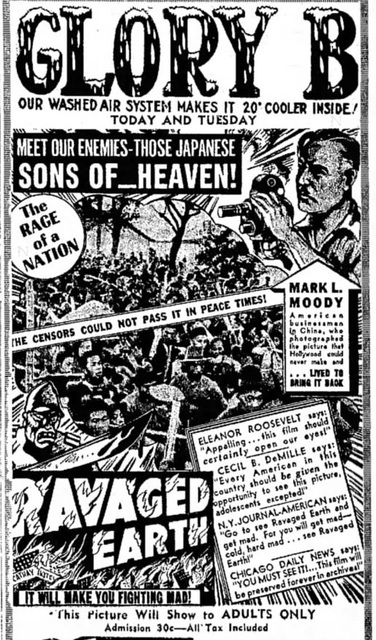 The Glory B. Theatre was opened on October 10, 1917. The famous Glory B. Theatre hosted every sort of entertainment on its spacious stage, such as grand opera, magicians, touring stock, vaudeville, and even small circuses. Of course it also presented motion pictures with and without a stage show. It was closed in 1952 and reopened in 1953 as the Miami Theatre. It was closed on April 30, 1961 with Clark Gable in “Gone With the Wind”. It was demolished in 1966.

Here is another view of the Glory B Theater stagehouse-
http://www.homestead.com/schehrer2/Miami_8.html

See fabulous 1936 images of this eclectic theatre by typing in words “glory-b”, then go search -
View link
Personally I like the stage upon a stage layout.

Fine vintage shots of the Glory B Theatre are available on this web page,
http://www.roadsideoklahoma.com/node/448

The Glory B Theatre launched on October 10, 1917 with motion pictures. It closed in 1952 and reopened with a refresh as the Miami Theatre in 1953 and converted to widescreen. Video Independent Theatres closed the the theatre on April 30, 1961 after showing “Gone With the Wind.” The theatre was vacant thereafter and was reportedly razed in 1966 as part of an urban renewal project.