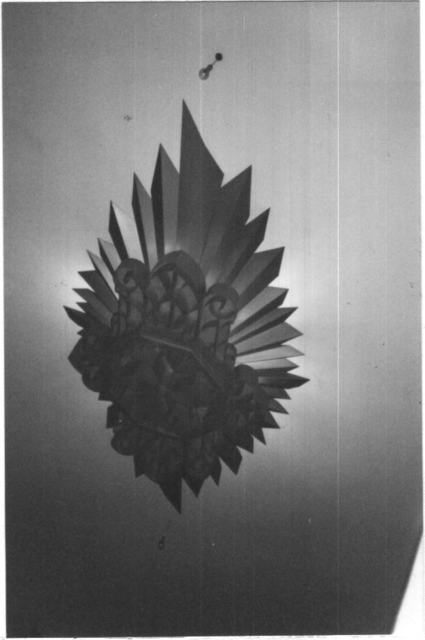 This is an in situ view of the central light fixture which once hung in the auditorium of the Presidio Theatre. I photographed it in 1989 or 1990. It was taken down and dismantled when the theatre was divided, and parts of it were sold. A friend of mine in the salvage business acquired the central octagonal section and the innermost scrolls around it, and reassembled the parts, provided new obscure glass panels where originals had long ago been removed, and sold the entire piece intact. The large, sheet metal “sunrays” apparently had been discarded prior to my friend’s acquisition of the remaining parts.

Art deco look to this lovely fixture. Theatre must have been great. Any pics of the interior in its youth?