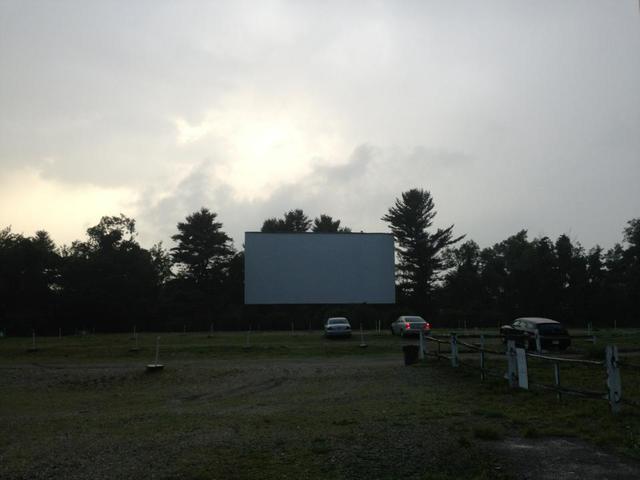 The Auto Drive-In was opened on 15th July 1939 with Richard Tauber in “Forbidden Music”. On July 22, 1939 it was renamed Saco Open Air Theatre It was renamed Saco Drive-In from June 22, 1940 and became one of the oldest drive-ins in the U.S. still operating. This single screen drive-in had a capacity for 300 cars. It was closed on September 19, 2021 with Ryan Reynolds in “Hitman’s Wife’s Bodyguard” & Yahya Abdul-Mateen II in “Candyman”. It was sold to a trailer dealer.

Mike is right that I’ve been going through so many of these that I started thinking that everyone knew all the abbreviations and notes of these books. My apologies, and thanks to DI54 for pitching in. The cryptic abbreviations (other than IMPA) are what appeared in the books, which provided different levels of detail in different yearly editions.

The numbers at the end are vehicle capacity. Some of them could get very specific, since a drive-in owner knew exactly how many in-car speakers he had to maintain. But the first “75-150” in the 1953-54 edition of the Motion Picture Almanac (not International yet) looked like a hand-altered “75-” added to a previously laid-out 150. Out of hundreds of drive-ins, there were probably fewer than a dozen hyphenated ranges listed. I’d say that it was surprising that this uncertain number hung on for two decades, but inertia was a powerful force for those Almanac folks. As DI54 implies, these references are informative but not definitive.

You have to keep in mind that theater companies often overstated capacity as well. It allowed them to be offered “bigger” films since the distributor wanted to be exposed to the maximum audience.

On the flip side, a lot of independents understated their receipts in order to pay less of the percentage owed to distributors.

It was a delicate dance that played out all over the country in hard tops and drive ins.

One more note – anyone interested in the history of the Saco should check out Camille M. Smalley’s 2014 book, The Saco Drive-In: Cinema Under the Maine Sky. It’s available in ebook and dead-tree versions at the usual places.

I’m heading up to the drive-in next week, does anyone know if the digital bulb is still as bright and clear as it should be? If they haven’t changed it since 2014 (as has happened at many locations, both hardtop and drive-ins) I will be disappointed…

Looking through some 1940 issues of The Exhibitor, it generally referred to the theater as the Saco Drive-In.

The Saco Drive-In Theatre closed for the season on September 19, 2021 with “The Hitman’s Wife’s Bodyguard” and “Candyman.” It was sold to a trailer dealer and did not reopen for the 2022 season.