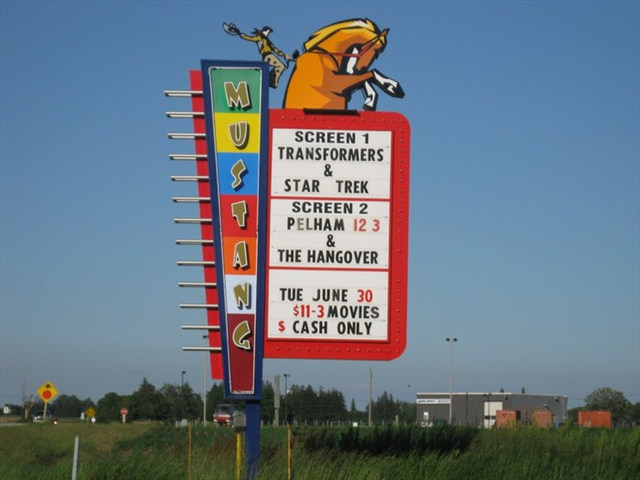 CinemaTour says the Mustang “AKA: Sunset Drive-In” was built in 1950.

My 1959-63 Motion Picture Almanacs don’t show the Sunset in London, but in Belmont about 4 miles away, capacity 500, owner or booker W. C. Manning. It wasn’t listed in the 1953-54 MPA, which doesn’t prove anything. The MPAs listed as the Sunset in Belmont through at least 1976.