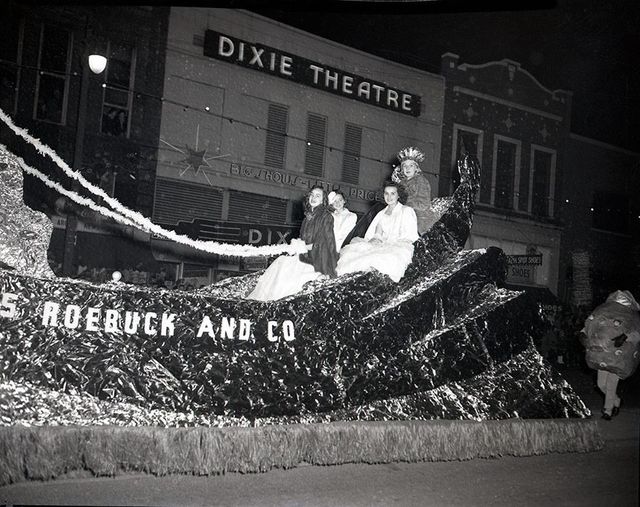 I discovered the Bontina in the 1936 Chattanooga City Directory (v56)while researching other theatres in the Hamilton County area. There was a Dixie Theatre (AKA Midtown) a couple of blocks up at 920 Market Street.

I think the Bontina on Mike’s list is the probally the same one I found in the city directory. I checked for it in the IMPA, but it only started listing individual theatres around 1955.

Keep it as Bontina and AKA it as Dixie-Bontina. I feel certain that this is not the Dixie at 920 Market since both were in operation at about the same time and because of the distance between the two theatres.

I attended the Dixie Theater many times in the 1940’s and 1950’s… it was less expensive than the Cameo, Capitol, State or Rogers, which charged ten cents for under 12. I think the Dixie was seven cents.
They mainly showed the B movies… I saw “The Mummy” there as well as lots of Durango Kid, Gene Autry, old John Wayne B Westerns, Eddie Dean, Jimmy Wakely, Lash LaRue, etc.
Entering on Market street, you walked in next to the left side of the screen. I believe there was also an entrance on Cherry Street.
The restrooms were at the top of a long stairway in the back of the theater and were across from the projectionist booth. It was so hot in the summer that I remember the projectionist would strip down to his undershirt and boxer shorts.
I never recall the name “Bontina” or anything similar being attached to the Dixie. It was located across the street from the Rogers Theater on Market.

Boxoffice magazine announced in May 1960 that owner Frank Dowler had closed the Dixie after the performance of April 24. It was noted that the Dixie was one of the oldest theaters in Chattanooga.

The address of 825 Market street seems to me to be about where the Woolworths 5 & 10 store was located.
If the Bontina Theater was there in the mid 1930’s, it was probably torn down for this store to be built.
I checked the Chattanooga Library photo database and they had nothing in the way of a photo of that area of Market Street during the time period 1925 to 1935.
I asked my 96 year old mother (who still has an excellent memory) and she didn’t recall it.
Sorry.