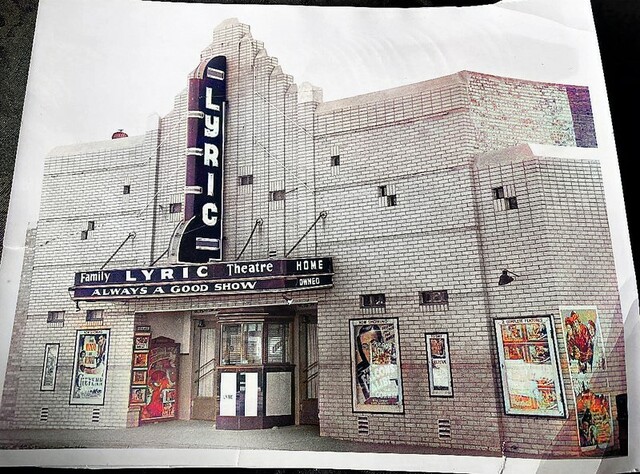 The Rex Theater opened on July 2, 1930 with “On with the Show” with both Vitaphone and Movietone sound equipment. The “New” Rex Theatre opened August 2, 1935 and the original Rex became the Lyric. The Lyric’s last movie listings were in 1962 before becoming a church later in the decade.