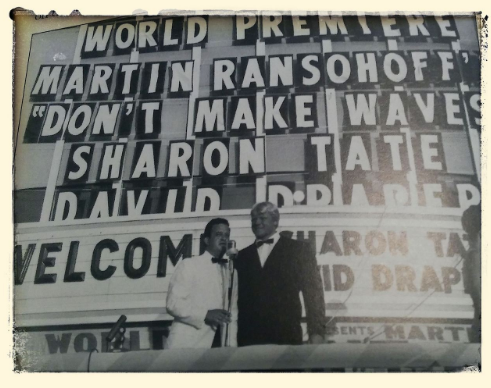 Master of ceremonies with featured actor, Dave Draper, at the premiere for “Don’t Make Waves”; who had won Mr. America title 1965, and Mr. Universe 1967. Dave Draper had done work in TV, too, in shows like “The Monkees” and “The Beverly Hillbillies” and more. As a bodybuilder his future would be eclipsed by Arnold Scharzenegger.