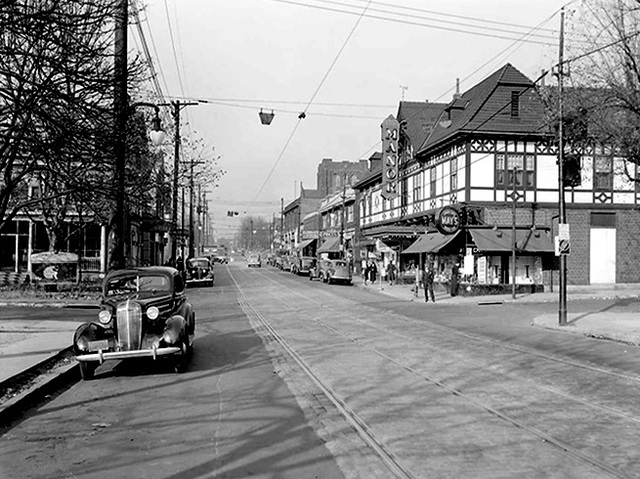 The Manor Theatre was opened on May 15, 1922 with Florence Vidor in “Hail the Woman”. It was operated by the Rowland & Clark Theaters chain, a subsidiary of the Stanley Company of America. By 2011, this was the only remaining neighborhood theatre still open in the Squirrel Hill section of Pittsburgh. Usually runs national indie releases, as well as some top box office movies.

Cinemagic closed the nearby Squirrel Hill. I hope they keep the Manor open. They show movies here that AMC won’t.

The Manor was predominantly a roadshow house back in the late 60s/early 70s: lots of UA stuff like “Fiddler on the Roof,” “Last Tango” and “Man of La Mancha.” When roadshow-style movies fell out of fashion, they experienced an identity crisis and struggled to remain in business.
It’s a miracle the theater still exists—albeit in a (sadly) tacky contempo version.

Looks somewhat similar to this:

Apparently they’ve been doing some renovations to the Manor. Plus they’re going to have a horror film festival for October.

I take my 2010 comment back. The Manor has been recently (and beautifully) renovated, and is now Squirrel Hill’s crown jewel. Sadly, it’s also the only theater in the area now that the Squirrel Hill theater down the street has closed.

The Manor Theatre has indeed been wonderfully remodeled. The theater features upgraded seating and a full bar next to the concession stand.

The obituary of Squirrel Hill architect Edgar A. Kwalwasser in the August 6, 1998, issue of the Pittsburgh Post-Gazette listed alterations to the Squirrel Hill and Manor Theatres among his works. The remodeling of the Manor he handled might have been the 1965 project for Stanley-Warner I mentioned in my comment of March 6, 2010, or it might have been the 1978 renovations rivest266 mentioned in the comment of last month, or it might have been both, as Kwalwasser established his practice in 1951 and remained active until April, 1998.

The obituary says that he designed theaters in six states, but only mentions three theater projects by name. The third was the Cranberry Mall Cinemas in Cranberry Township. 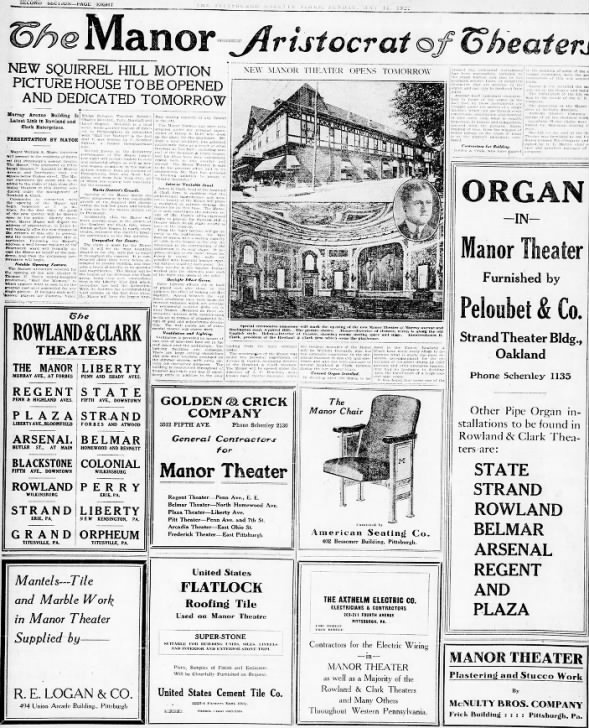 Here’s a new 4-page 50th anniversary FIDDLER ON THE ROOF retrospective featuring a roadshow playdate chronology and historian Q&A. The Manor’s year-long run is mentioned in the piece.