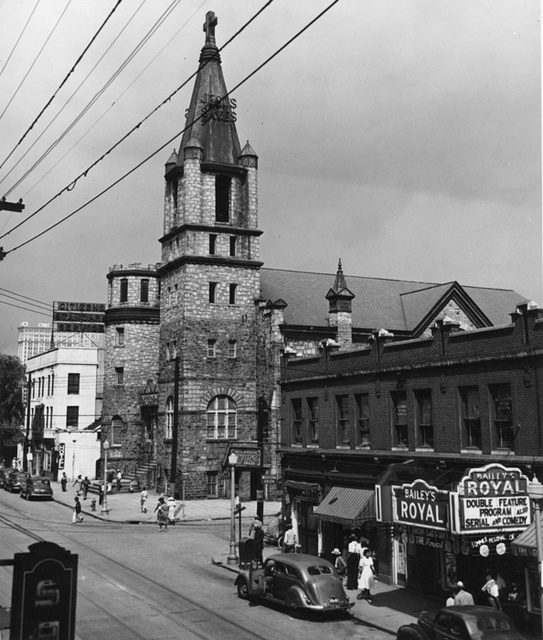 The Bailey’s Royal Theatre was opened by 1933. It was built during the era of segregation and catered to an African-American audience and was operated by the Bailey Theaters chain. The theatre was located in the historical “Sweet Auburn District” of southeast Atlanta. It was closed in 1969.

The 1950 edition of F.D.Y. gives an increased seating capacity of 700 for the Royal Theatre. Also the address seems to have variated between 232 or 238 Auburn Avenue NE, Atlanta.

We have to stop letting other’s tell our history; this is not a picture of the ODD FELLOW’s Atrium where the The Royal Theater was located' This building shown is the SCLC Building,located @ 320 Auburn. Bailey’s Royal Theater was located @ 236 Auburn Ave. inside The ODD FELLOWS Building’s Annex,and could seat over 1200; The Annex was used for many years as a movie house and was the only major venue in Atlanta where blacks could be seated on the main floor.