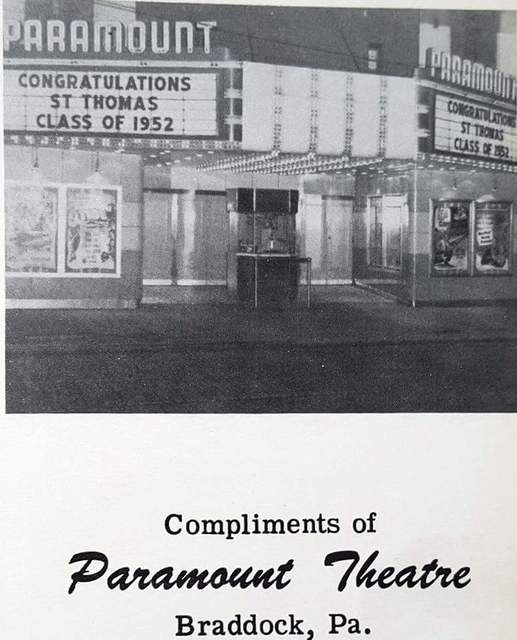 The Braddock Building was built in 1924. It was converted into the Paramount Theater in 1933. It was closed in December 1963. It became Alexander’s Supermarket, which later closed. All that was left was the outer shell of the building, which was demolished in March 2007.

Here are some pictures of what is lft of the structure. Very sad pictures.

The building has been demolished within the past week.

Don,t really remember going to the Paramount when I was a kid growing up on Price Ave in 1959. I remember going to the Capital Theater a lot. I know there where a bunch of shows in Braddock at one time but I don,t know when the Paramount closed down. I know they put Alexander’s market there but I don,t know what year. I shopped at Alexander’s in the 1980,s when I lived up on Kirkpatrick St. I still remember all the stores in Braddock in the 1960,s and 70,s. Now it’s like a ghost town. It’s better now than a few years ago, at least they are tearing a lot of the old broken down buildings, but it will never be the same as it used to be, unfortunaly.