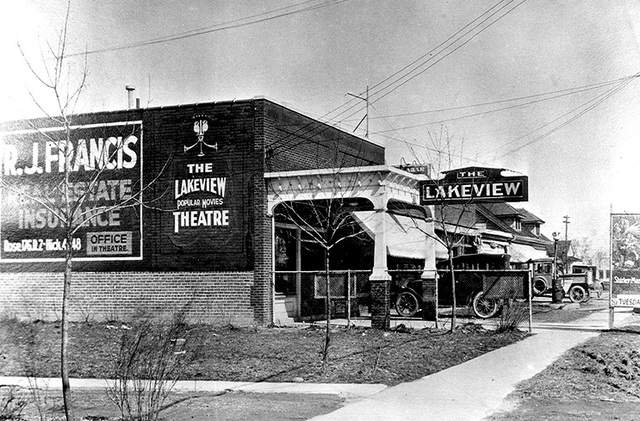 The Lakeview Theater was opened in 1922. It was remodeled in 1935 to the plans of architectural firm Bennett & Straight. I remember going to Saturday matinee movies in the late-1950’s for 75 cents. It was a very old theater with a balcony.

There is a vintage photo on this site:
http://tinyurl.com/8j6rxc

It’s hard to believe that building in the 1922 photo is the same as that in the 1957 picture; it seems far too small to have accommodated 570 seats and also have had a balcony.

An item in the January 22, 1935, issue of The Film Daily said that a remodeling of the Lakeview Theatre in St.Clair Shores was underway. Plans were by the Dearborn architectural firm Bennett & Straight.

A comment on the Lakeview Theatre page at Water Winter Wonderland says that this theater was on Jefferson Avenue at Francis Street. That’s only a few blocks south of 13 Mile Road, so Google Maps has its pin icon almost two miles too far south. That’s probably because the theater needs a five-digit address and we only give it four digits. The right address is most likely 30620 Jefferson, which would put it in the block just north of Francis Street.