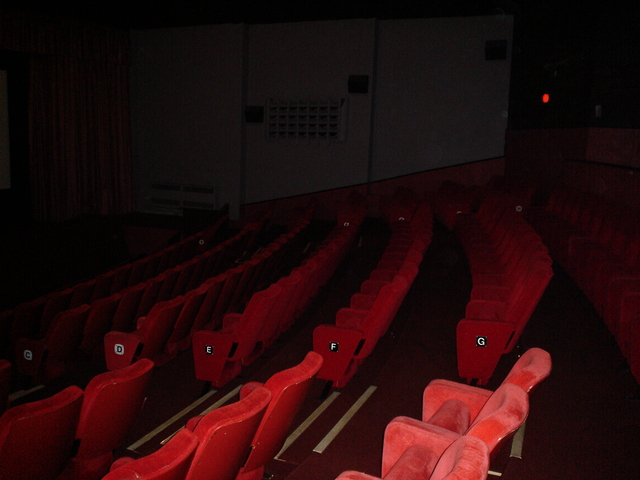 Opened as the Odeon, one of the original Oscar Deutsch Odeon Theatres Ltd. chain. The opening date was 13th July 1936 with Douglas Fairbanks Jr. in “The Amateur Gentleman”.

Architect T. Cecil Howitt again designed another striking Art Deco style cinema for the circuit. The corner entrance was dominated by a flat-topped tower, which had a ‘roof’ supported by four short pillars on each side. There was a row of shops with flats above to the left of the entrance and these, together with the entrance tower were faced in cream faïence tiles.

Inside the auditorium the seating capacity of 1,525 was on a stadium plan with a raised area at the rear (the balcony didn’t overhang the stalls) and seating was provided for 931 in the front stalls and 594 in the raised balcony. The proscenium arch was wide and rectangular and had three coves surrounding it, which contained concealed lighting. There was also a shallow octagonal dome in the centre of the ceiling which had concealed lighting. There were stage facilities which were put to use on occasions by local dramatic companies. In the foyer was an attractive Art Deco stained glass window. The Odeon had an additional facility of a large car park for patrons.

The Odeon was sold off to the Classic Cinemas chain and was re-named Classic from 10th December 1967. It was around this time that the ‘roof’ was removed on the flat-top tower, leaving just the supporting pillar stumps in place! Classic sub-divided the building on 22nd January 1973 and the front stalls became a bingo club, with the raised balcony area being walled off and divided into two 250 seat cinemas.

The Classic Cinemas were closed in March 1983 and lay empty for a while, until they were re-opened by an independent operator. The cinemas were re-named Film Centre, operated by Scott Cinemas and in around 2006 were re-named Scott Cinema. Mecca Bingo still operated in the former front stalls area. The Scott Cinemas closed on 29th September 2022 due to a new nearby multiplex which is due to open. The Mecca Bingo Club in the former front stalls has already closed.

Does any one know why the slate roof was removed

We need to keep this one alive!

It has been announced that this cinema will close on 29th September 2022, the bingo operation in the old stalls having already closed. A new cinema is to be opened nearby.