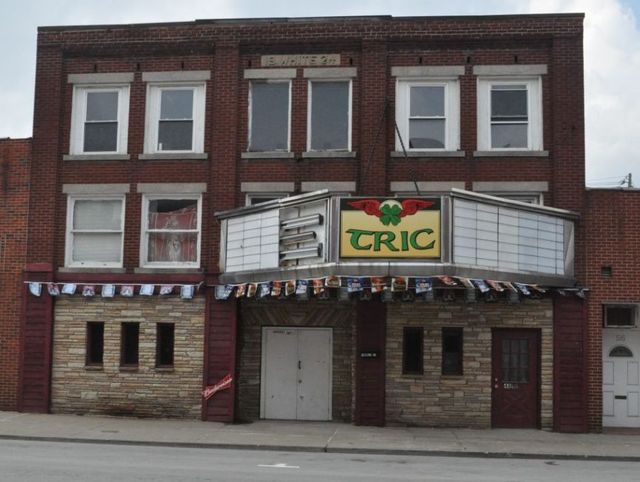 The White Building was built in 1924 and in 1920’s editions of Film Daily Yearbook was listed as the 250-seat White Theatre. The Cinema Tour website lists the names Euphemian & Hippodrome. The Colonial Theater on E. Main Street in Buckhannon was opened in 1930 and closed in 1966. It has had several occupants since the closure, mostly a procession of bars. It was purchased by the city in 2017 and is undergoing refurbishments and re-use as a performing arts theatre.

Then renovated into a bar.

Purchased by the city in 2017 for $60,000; considerably less than the $148,000 appraisal. Many grants received and repairs and improvement made.

Performances and events subsequently held and an art gallery opened. There are plans for future renovations and upgrades into a full fledged performing arts center.