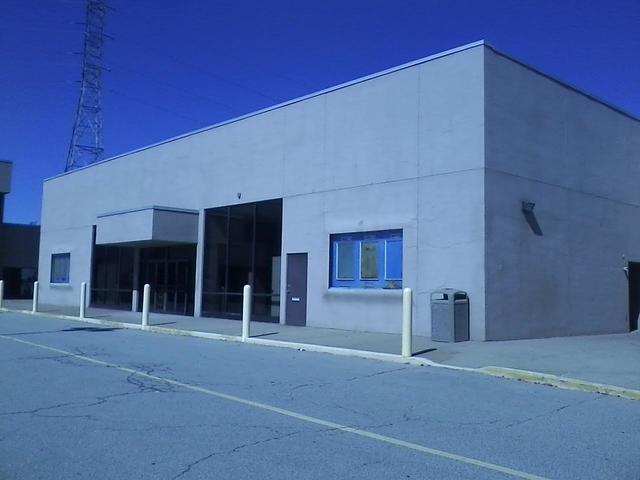 The mall itself is now a Walmart

I wonder whether the theater will reopen as a second-run theater or even a discount first-run theater as an alternative to the sprawling Westmoreland Mall megaplex nearby? Being that the new and successful Wal-Mart/Greengate Centre complex is adjacent to this theater, it would make sense to reopen it. Movies are getting expensive these days and I think Greensburg could support a second theater, since it had 3 at one time if I remember correctly.

Is the buliding stil there?

They opened a theater next to the SuperWalmart by my house and closed within a year or two (this was the Lowe’s North Versailles Theater, there is a listing for it here on CT). There is a Destinta nearby here as well, which may have caused the Lowe’s to close. If there is another theater in that same vicinity, a new one won’t last unless it is bigger than any other in that area.

Does anyone know who owns this theater now? And also, is it for sale?
Thanks

I think the owner of the entire office complex (not the developer of the Greengate Centre) also owns the theater. There is a phone number for leasing on the signs outside of the buildings that list the businesses inside. The office complex/theater as well as the Dollar Bank (off of Route 30) are the only remnants of the now defunct Greengate Mall complex. The entire mall and the Firestone auto center were demolished during 2003-2004.

As for operating a second theater, the Greensburg/Hempfield area can support a second theater as long as it doesn’t compete with the Westmoreland Mall theater and shows second-run or first-run movies for less than what the mall cinemas charge for a ticket. The North Versailles theaters were within a 2 mile radius, not to mention that they were both megaplexes showing first-run movies, so it was not a very good idea having them so close to each other to begin with. At one time, Greensburg had three theaters, but they all got consolidated into one (Westmoreland Mall megaplex) due to Carmike’s business decision.

Here’s a website that talks about the history of Greengate Mall.

The theater at Greengate originally operated as a General Cinema. I have no idea when it was converted into a Carmike.

According to the ad, the opening engagements were the reissue of The Sting, Day Of The Animals and Peckinpah’s Cross Of Iron.

I was an employee with the first crew that worked there. Don’t remember what the third movie was but the other two were correct. That cinema was owned by the same company that now owns Carmike at Westmoreland mall. I would love to see this theater back in operation. Given the price of first run movies maybe a discount movie theater wouldn’t be a bad idea. I think it would need a lot of renovation to operate today. It would make a great eat in style theater. It certainly has the space for one! Maybe one like the Hollywood Blvd. theaters near Chicago!