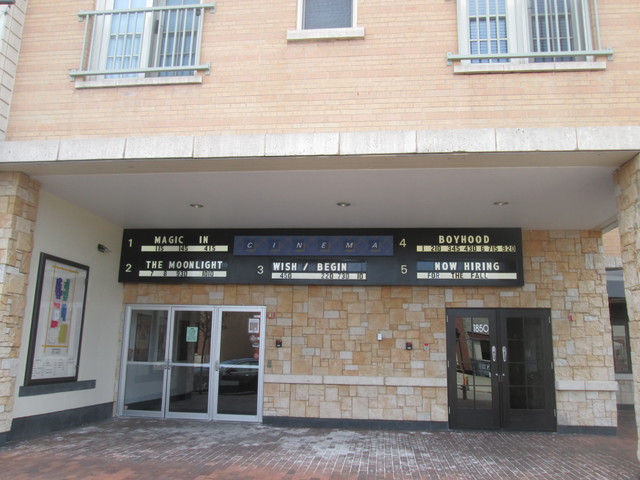 Landmark’s Renaissance Place Cinema is an anomaly. It was opened August 4, 2000, but only has five screens of 100-200 seats each, with Dolby Digital and sloped floors, purportedly so that it could easily be converted to retail. Its main entrance is barely noticable. Its interior is nice, but nothing worth writing home about, featuring some custom light fixtures.

Maybe the strangest thing is that it is only blocks from the long-established Highland Park Theater, which has only one screen fewer and has been able to hold off the competition well. It and the Century Centre in Lincoln Park represent the only two theaters Landmark runs in Chicagoland.

This opened on August 4th, 2000. I uploaded its grand opening ad in the photo section.