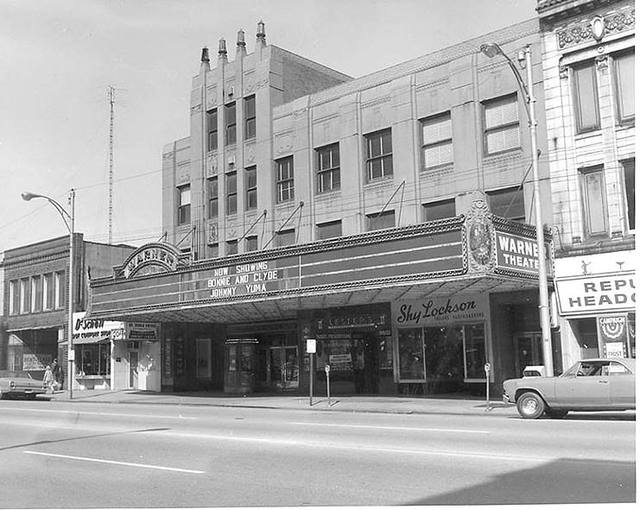 The Warner Theatre was opened May 14, 1931 with George Arliss in “The Millionaire”. It was equipped with a Wurlitzer organ which was opened by organist Edgar Lehn.

Thanks for posting the above links! Aloha!

What did you think about the articles? I noticed that the paper didn’t give as big a splash to the Palace as they did the Warner.

Chuck, thank you for the links, I don’t know how to do it so your contribution is quite helpful.

WYTV did a story on DeYor/Powers the other night with some good interior views. Here is the link

This year this jewel is celebrating it’s 84th birthday, and it’s original splendor stands as a monument to the Warner’s and the men that built her. March 14,1931 saw theater goers attending the opening night show in cloths worthy of those attending the crowning of a king.

A beautiful theatre that future generations will continue to admire.

Thank you ERD. In case you didn’t know it, the Warnerswere from Youngstown and were not only in various businesses, but some ofthe brothers were active in various theatrical businesses. Sam Warner brought movies to the Grand Opera House; Jack Warner was active in one of Youngstown’s stock companies that performed at the theater in Idora Park as well as the Grand Opera House. The warners also had a financial interest in several of Youngstown’s early movie theaters such as the Rex and Bijou, and later the Dome before finally building the Warner Theater that was built in memory of Sam Warner.

Powers has gathered together memorabilia from its Warner Theater days including one of the first projectors, ushers uniforms and other material that will go on display in the Grand Lobby for a week, and then turned over to the Mahoning Valley Historical Society for preservation, and the event will be open to the public free of charge during regular business hours. (SEE AD IN THE PHOTO SECTION FOR THIS THEATER.)

What is sad is the fact that the Warners also were the last owners of the Dome Theatre yet there is nothing remaining of that theatre in the way of its projection equipment. The Dome showed The Jazz Singer on first run, and it would be great if DeYor/Powers would have a film festival featuring Warner’s greatest movies. I wish that some Angels could come forward with the funds to sponsor a Warner’s Film Festival.

Here is an interesting link about the Warner Brothers life in Youngstown, Ohio.