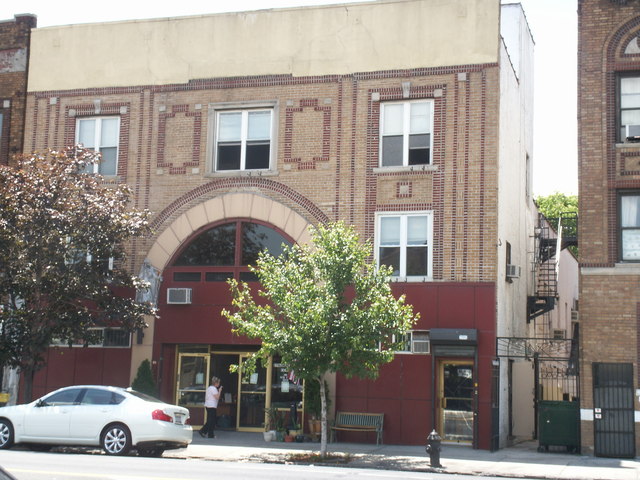 This opened as the Grace Theatre in 1917 (not to be confused with another Grace Theatre on Whipple Street, Brooklyn), this Grace Theatre is located on Coney Island Avenue in the Midwood district of Brooklyn. By 1926 and in 1927 it had been re-named Miriam Theatre with a seating capacity of 479.

In the 1930 edition of Film Daily Yearbook it had been renamed Navarre Theatre, again with 479 seats.

By 1941 it had been re-named again and had become the Fair Theatre with 420 seats, but is listed as Closed.

For many years now, the building has been in use as a youth centre.

The name ‘Grace Theatre’ was in the stonework along the top of the building until a couple of years ago. It has now been removed.

Photo of the theater itself, about 1940, added to gallery.