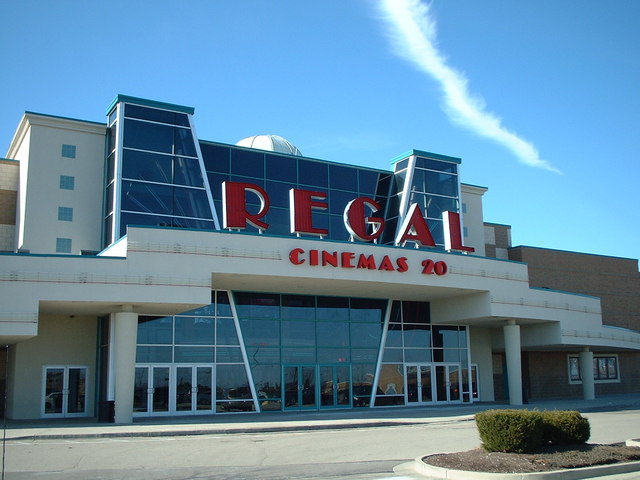 In addition, there is an overhead lobby screen with continuous coming attractions; a large concession stand with two express counters; and a “quot;gourmet snack bar” that sells cappuccino, bottled water and fresh-baked cookies. The “gourmet snack bar” is now longer used. Regal Hollywood 20 at Fairfield Commons now will have to face Showcase Cinemas when they open Cinema De Lux, which is going to be the grand daddy of all.

Glimcher Realty Trust which owns the building that houses the Regal Hollywood 20 at Fairfield Commons sold it in May 2002 for $9.7 million to OLP Holdings LLC.

Once saw “Minority Report” there in the Summer of 2002…the film broke two or three times and eventually they ended up giving everyone free passes to come to another showing at a later date.

Also…the night before the Regal officially opened, on Thursday, August 26, 1999, they gave away free tickets to see a free second-run movie, courtesy of the Springfield News-Sun and Dayton Daily News(You had to win a drawing to win 3 free passes). I saw “Austin Powers: The Spy Who Shagged Me” and was impressed by the audio and video presentation. Some other movies that were shown that night were “The Mummy” and “Doug’s First Movie”. The following day was the official opening and saw movies such as “The Astronaut’s Wife” and “The 13th Warrior” open at the theater.

Thankfully the theater was unharmed, but I think we should all be grateful that no one got harmed by the tornado. 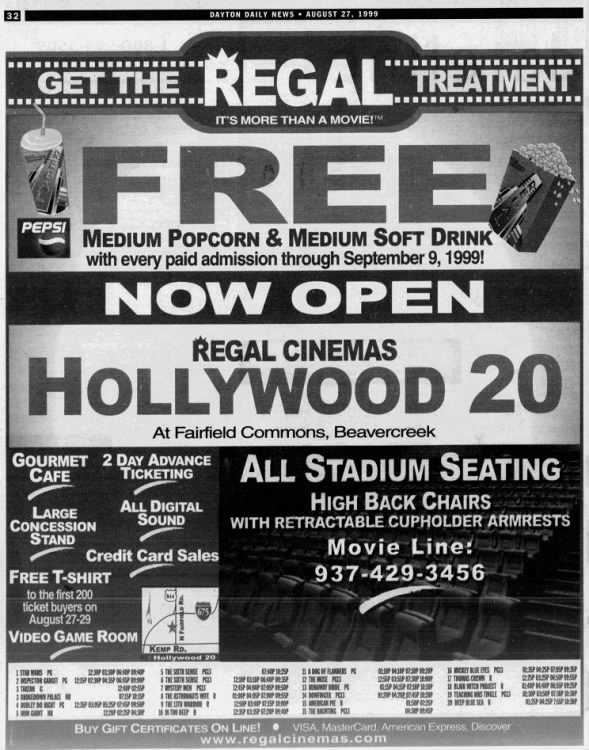 It has been renamed the Regal Fairfield Commons Stadium & RPX 20 in 2015 and taken over by Cineworld in 2018 keeping the Regal branding.

Effective this Friday, this theater will have reservations seating in all auditoriums. Seating capacities are as follows: