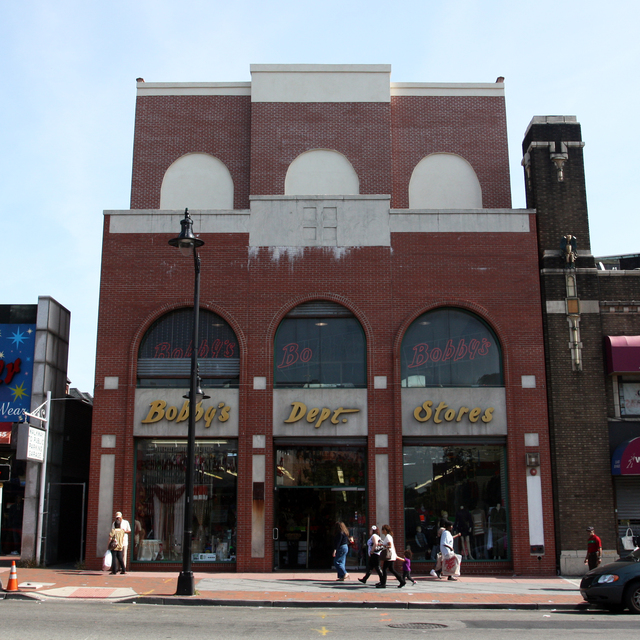 Originally called the New Theater, by the time I got to see it, there was nothing new about it; dark and dingy and poorly maintained, it struggled along as a second run house in Elizabeth’s downtown.

I believe it was operated by Redstone/General Amusements until 1960 or so, then had a brief go at being an art house operated by Dick Nathan around 1961 or 1962.

Last time I saw the building, it was in use as a dollar store.

Listed as the New Theater in the Film Daily Yearbook:1941 edition with a seating capacity of 900. By the 1950 edition of F.D.Y. it is still the New Theater, 51 Broad Street with seating given as 700.

An internet search of 51 Broad Street brings up the current occupants as Bobby’s Department Store.

Here is an undated photo:
http://tinyurl.com/5ckk4f

The Capitol Theatre is listed at 53 Broad Street (http://cinematreasures.org/theaters/39511). Were these two theatres (Capitol and New) next door to each other or did the number change over time and they were really the same theatre? It seems to be that there is only one building at this address.

You can see the marquee of the New Theatre just beyond that of the Regent Theatre in the postcard photo uploaded to the Regent’s photo page by RickyRialto. Ben Hur on the Regent’s marquee dates the photo to about 1959-60. The New Theatre’s building looks like it was built long before 1941, though the earliest mentions of the house I’ve found in the trade publications come from that year.

This 1975 photo of the Regent from American Classic Images shows the marquee still on the New Theatre building, but covered with the sign for a retail store. I’m not sure if the building has since been drastically altered, or demolished and replaced by entirely new construction.