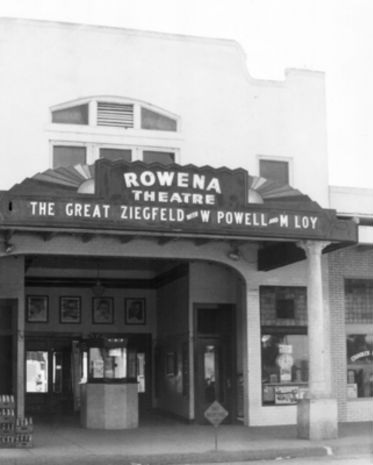 This two-story building was originally constructed as the Chandler Theatre in 1920 by David A. Jacobson, the first elected mayor of Chandler. It was later equipped to accommodate new the talking movies and was renamed the Granada Theatre. In 1932 it was purchased by Joe and Alice Woods and operated under the name of the Rowena Theatre until 1960.

Here is the website for the current occupants:
http://www.disciacca.com/