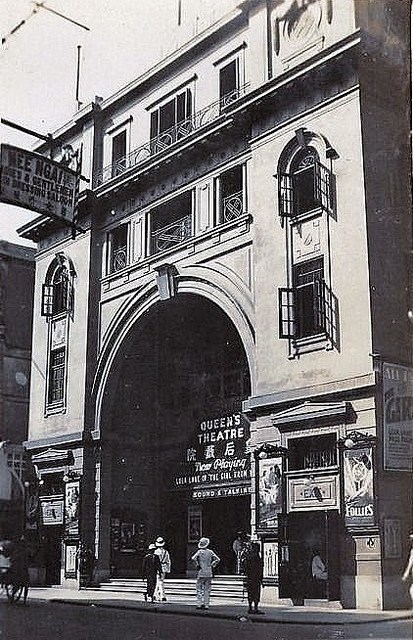 A second Queen’s Theatre was was built on the site, which opened in July 1961 with seating for 902 in stalls and circle levels.

Sorry,I don’t have any information.

The theatre closed on 1st October,2007,and is under demolition.

I am very sad to hear about this.

Air conditioners were probably installed at the theatre at an unknown date before 28th June,1933.
It was the second cinema to have air conditioners in Hong Kong in the 1930s.

A night-time photograph in October 2007, just prior to closure and demolition:
http://flickr.com/photos/yellowsummer/2182410337/

The theatre has been demolished and the site remains vacant.

The new commercial building built on the site of the former Queen’s Theatre is completed.

Found an Early Picture// Hope I have got the right site..