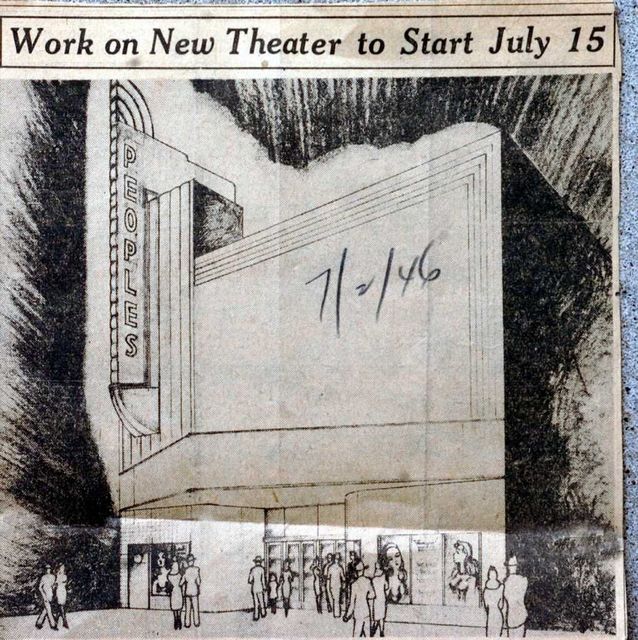 The Peoples Theatre was opened on June 13, 1947 with Randolph Scott in “Abilene Town”. Nine cents admission in the late-1940’s and through the mid-1950’s when I attended the old shoot'em up Westerns and Abbott and Costello movies.

Saturdays were twenty five cents for two features, a serial, and several cartoons. It was a seedy place, but what the heck, we weren’t the health inspectors. Whites sat on the main floor and blacks in the balcony.

My brother and I spent happy hours there. It was closed in 1957.

The San Antonio Light reported that the Peoples Theater was destroyed in a fire on November 5, 1945. It was apparently rebuilt.

The first People’s Theatre was on a different site, across the street from its replacement. The second People’s Theatre was designed by architect Leon C. Kyburz, and Boxoffice Magazine’s issue of July 13, 1946, said that the construction permit had been issued on July 1.

The house was owned by the Jefferson Amusement Company, whose spokesman was quoted as saying “The People’s will be our first new theatre in Beaumont since we opened the Tivoli six years ago.” The Tivoli does not appear to be listed at Cinema Treasures yet, unless it’s a missing aka.