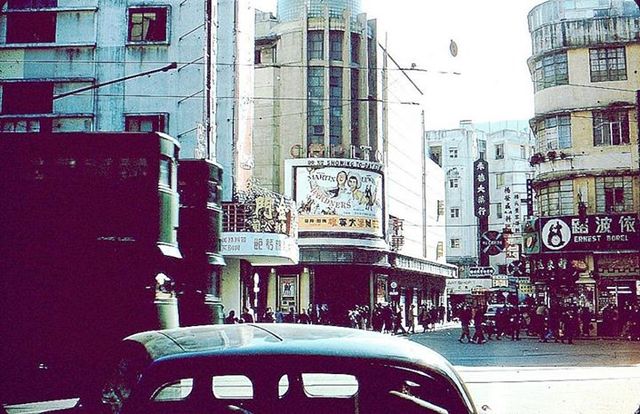 The Capitol Theatre was the second first-run theatre to be built in the newly-developed Causeway Bay neighbourhood on Hong Kong Island.

An advertisement of the theatre said “the most de luxe, comfortable cinema in the Colony”.

The theatre opened to business on 18th January 1952, and the first film shown was “Ten Tall Men”.

A fire broke out in the early hours on 26th February 1971, and the screen and several seats of the front stalls were burnt.

The theatre closed its doors on 1st January 1977, and its last film was a Cantonese language comedy.

On 9th February 1977, a tragedy occurred during demolition when two construction workers were killed and two injured.

A high-rise commercial building was constructed on the site of the theatre.

The auditorium was on the ground fllor of the theatre building.

Another good photo of the cinema: http://www.flickr.com/photos/acstudio/6798663885/ Possibly in the 60s when Capitol was part of the SB circuit.