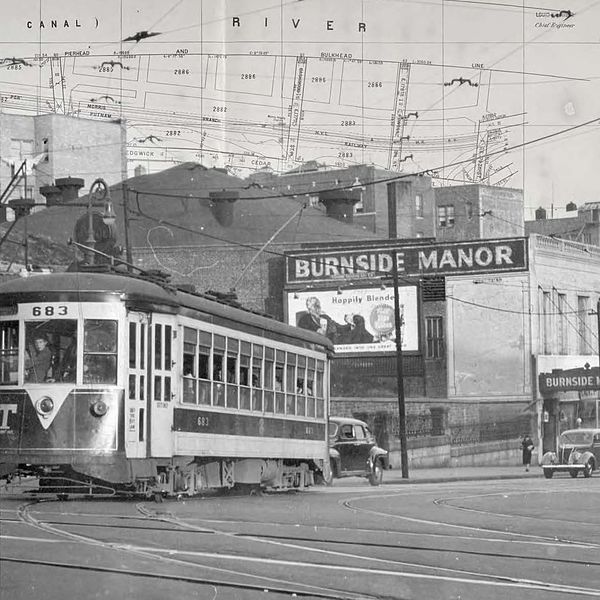 The Pantheon Theatre opened on September 7, 1923, and was Brooklyn circuit owner Herman Weingarten’s first theatre in the Bronx. A sibling of Weingarten’s Parthenon Theatre in Ridgewood, the Pantheon Theatre was deluxe on all counts, and had a stadium-style auditorium. Its walls were covered with tapestry silk in silver and gold. Both the lobby and lounge area had trickling fountains with changing color effects. The Pantheon Theatre’s resident orchestra was augmented by an 11/6 “Style 170 Special” Wurlitzer organ, op. 684. Presenting movies only, the Pantheon Theatre prospered during the silent era, but developed acoustical problems when “talkies” arrived. It was remodeled in 1928 and re-opened as the Kelton Theatre in July 1928.

Its proximity to two better-equipped theatres, the Avalon Theatre and especially Loew’s Burnside Theatre, together with the arrival of the Depression, sealed its doom. The Kelton Theatre closed in September 1930, never to re-open as a theatre. It was converted into stores. After WWII, the building was converted into a school annex. In 2018 it is the main site of the Morris Heights Health Center.

Try this local.live view of the Pantheon’s site. When the link opens, you will see what I presume to be the shell of the former theater in the tan colored building with the rounded corner and geometric patterns of dark colored bricks on its facade.

Here’s an alternate view to the West that really conveys the orientation of the former theater. It looks like the auditorium ran straight back from the corner of the building where W. Burnside Ave intersects with Harrison Ave at a 45 degree angle from either road. You can follow the roofline from what must have been the screen wall at the rear corner as it angles up and fans out to accommodate the array of stadium seating.

It appears as though there is still a marquee on the western most end of the W. Burnside facade. If this marks the original entrance, then one entered a lobby that sat to the left and towards the rear of the auditorium. It might be worthwhile to take a trip to the site and see if the marquee itself is the original one dressed up for its current use.

The Pantheon Theatre was designed by architects Margon & Glaser (Irving Margon and Charles Glaser.) It was extensively remodeled in 1928, and was renamed the Kelton Theatre in July of that year. It was closed around 1930.