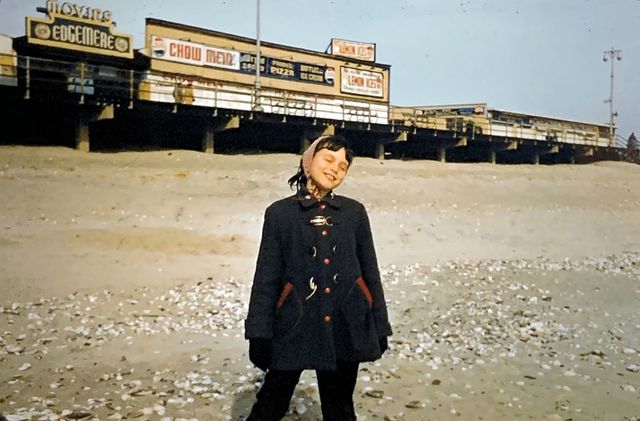 The Edgemere Theater was opened by 1936 located on 33rd Street and Broadwalk. It was operated by Kenroe Theaters Inc. It was mentioned in an August 7, 1942 NY Times story. “Three theatres in Rockaway Beach, Queens, have been sold to the Perial Amusement Corporation by Da-Gel Enterprises, Inc. One theatre is the Edgemere Theater at Beach 33rd Street with an assessed valuation of $42,000”. The Edgemere Theatre was still open in 1951 but had closed by 1952.

This website called Graduates From Rockaway In 1968 mentions an Edgemere Theatre. Perhaps one of those people could come here and contribute their memory of this theatre. One passage reads;‘Harvey Brody, Class of 1968, joins us from Scotia, New York and reminisces about Jack and Lenny’s skee ball, the Edgemere Theater, the Central Deli, and Duff’s Jewelry on Central Avenue.'
http://www.farrockaway.com/1968.html

This theatre was operated by the Endicott Circuit in the 1940’s.

The Edgemere was both an indoor and outdoor (open air) theater. It was located on the boardwalk. I recall the abandoned marque along side boardwalk amusements in the late 1960’s.

As Edgemere never had a post office, many considered it a section of Far Rockaway. Originally part of the Fifth Ward of Queens, its individual community name is forgotten by most present residents who refer to the section as Far Rockaway.