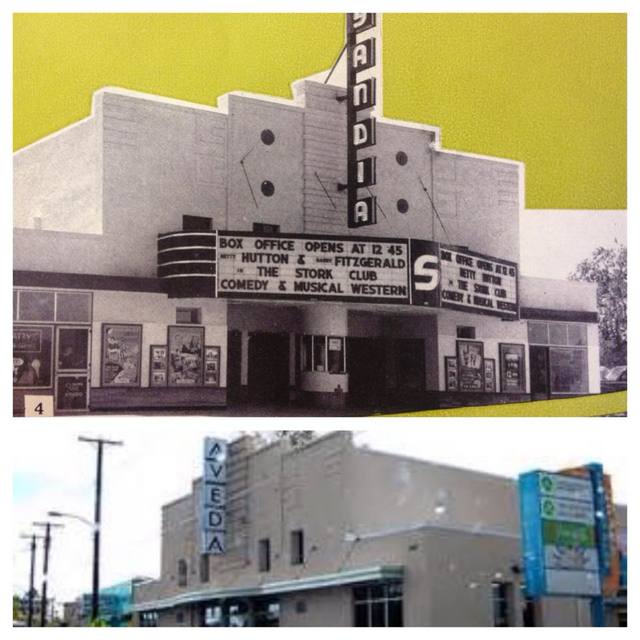 The photo Lost Memory linked to is a pretty close match to the rendering of the Sandia Theatre by architect Jack Corgan, published in the “Just Off the Boards” feature of Boxoffice for December 7, 1946.

Despite its appearance in this feature, the Sandia was not “just off the boards,” but had in fact already opened on May 7, as noted in Boxoffice of June 1, 1946.

The Sandia Theatre, as it looks today.. RAC Photography Here