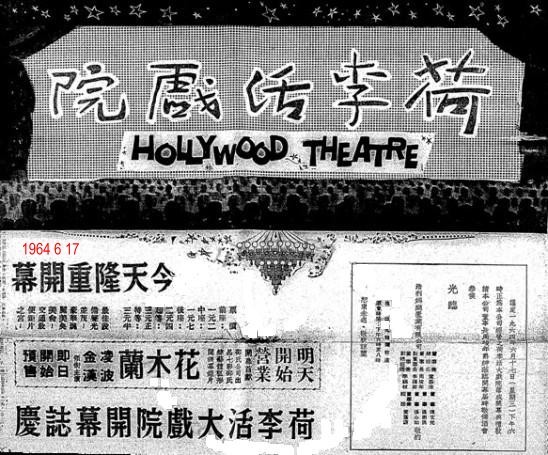 The Hollywood Theatre was situated in the Mongkok district on the Kowloon side of Hong Kong. It opened to business on 17th June, 1964 with a Mandarin language film.

A fire broke out at the theatre in the evening on 23rd August, 1972; fortunately no one was hurt in the incident. The theatre had to be closed for several days for renovation.

On 28th February, 1980, a homemade bomb exploded in the front stalls of the theatre and a theatre seat was broken.

A commercial building was built on the site of the theatre.

an old picture of Hollywood in Mong Kok:
View link