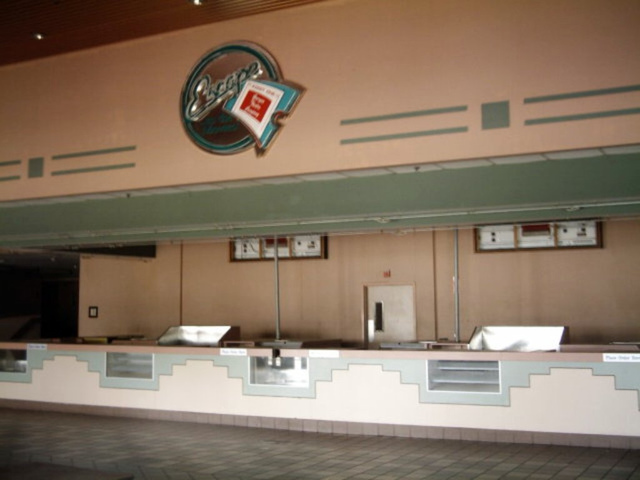 Movies at Gwinnett was originally a freestanding retail store in the perimeter of the Gwinnett Place Mall. The retail store closed within a couple of years of the mall’s opening and its lease acquired by the Georgia Theatre Company. The movie theatre opened February 12, 1988. It was closed in 2000, but reopened in 2001. It was finally closed on July 24, 2005.

The property owner said that they are currently in the process of demolishing the theater building to sell the cleared mall outparcel. So the theater no longer exists. Aug. 13, 2009

They should demolish the one across the street, too! It’s an eyesore!

I loved the popcorn at this theater when GTC ran it: salty, but tasty. Also, some of the auditoriums had that 70s look about them, which lent to a film’s atmosphere at times. Darn shame this one was demolished.

It is an empty parking lot now where the grass has taken over the pavement. All that remains of this place is the Sign near the road. It sits among a few bus stops. This was a nice theater because it was out of date but updated. No matter how big of a movie you could go there on a opening weekend and they would have plenty of tickets. They also a very good variety of candy like no other theater. The best part to this place however was the Star Wars Arcade game. It was only 25 cents to play and I imagine that I kept that place in business playing it. I hated to see it go. One day I drove past it and it was boarded up. I wrote the company a letter saying I hated to see it go an they replied very quickly stating that Georgia theater company made the decision to shut it down because of budget. Atlanta is a growing area and Gwinnett Place is making a come back. This would have made a perfect spot for a special showing theater. However to late for that. As many of you know sitting across the parking lot is Cinema 6…a very small theater that was shut down before this place. The only other theater in the area is a Dollar Theater Ventura Cinema 12…then off Pleasant Hill road which is a big “ To do ” strip about 5 or 6 miles down after all businesses have ended an way past the mall is a Regal Cinema. Thats it for this very populated strip.

This opened on February 12th, 1988. Grand opening ad in the photo section. 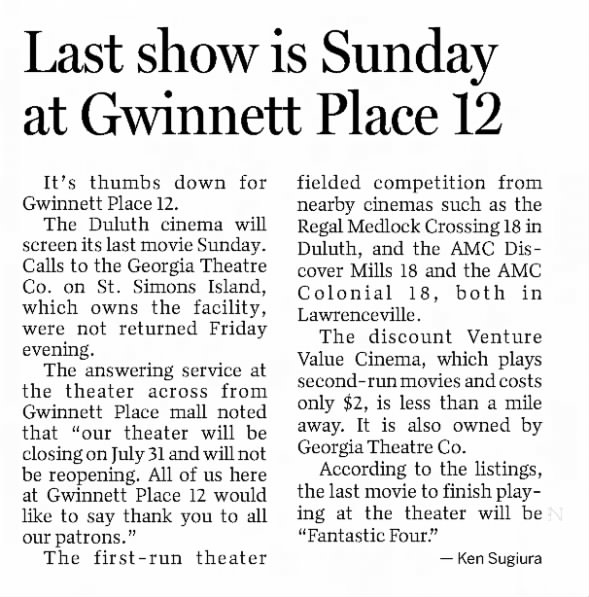