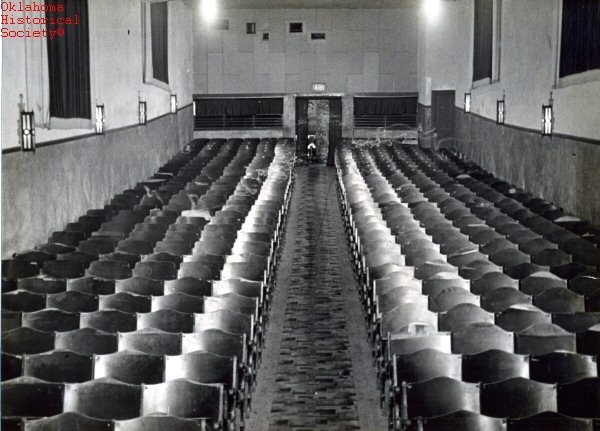 Replacing an earlier Yale Theatre at a different address (which has its own page on Cinema Treasures). The Yale Theatre was opened on March 2, 1911 and had closed by 1932. By 1935 it had been renamed Rex Theatre, it was still open in 1957. Following renovations in 2002 it reopened as the Theater Bartlesville.

View vintage images of the Rex Picture House by going below and type in word “rex”, then search …
View link

The book Washington County by Michelle M. Martin says that the Rex Theatre was built in 1915 and originally called the Yale.

There’s a small photo of the facade of the Yale Theatre in an ad for a popcorn machine that was published in the May, 1917, issue of Photoplay (result 4 of 5 for Yale– page 155.) There’s a bit of Art Nouveau decoration on the building.

Thanks, Joe, what a fun picture to see.

Page 80 in ‘WASHINGTON COUNTY, THEN and NOW’ (posted by Joe Vogel) says the Yale (AKA-Rex) Theatre was located on 304 SE Dewey Ave. Location is now a clothing store.

This is a modern day view of SE Dewey & Frank Phillips Blvd. The former Yale (AKA-Rex) Theatre was inside the red brick bldg on the left.
View link

There is a Theater Bartlesville at the adjacent address of 312 which has live performances. How much of the former movie theatre is incorporated into this space is unknown.