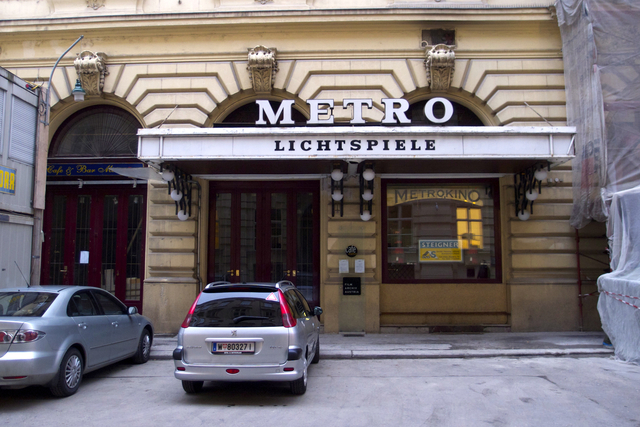 It was re-modelled in 1951 to the plans of architect Robert Kotas. It reopened as a cinema in December 1951 with Deborah Kerr in “King Solomon’s Mines”. Seating is provided for 266-seats in the orchestra and 141-seats in the balcony. It has been the home of the Filmarchiv Austria since the summer of 2002.

Originally opened in 1893 as a hall for balls and theatre performances, in an already existing building. In January 1924 it was re-modeled by architect Percy A. Faber into a 484 seat theatre for live performances and was known as the Comedy Theatre. This continued for many years. It was damaged by a falling bomb in 1945 which led to a brief closure.

From the 25th December 1951 it was opened as the Metro Kino with Stewart Granger in “King Solomons Mines” and it now had a seating capacity of 417.