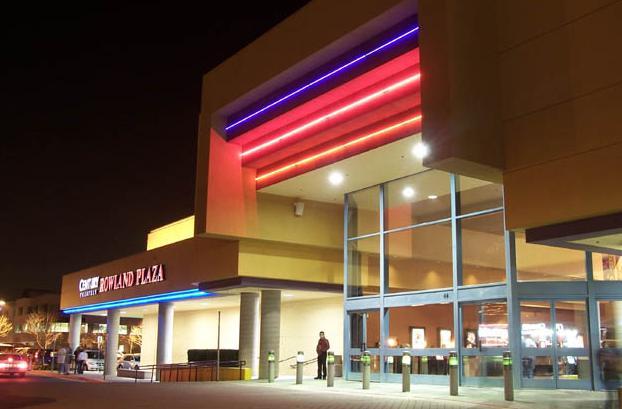 Rowland Plaza Cinemas was built by Pacific Theaters in 1989, and opened on November 17, 1989. Opening day attractions were “Harlem Nights” and “Steel Magnolias”. It was bought and renovated by Century Theatres around 2000, and the lobby was redone and expanded.

Recently sold to Cinemark (as was the entire Century Theatres chain). To this day it is still the only multiplex (or movie theater) in Novato, and is a popular place to see movies in Northern Marin. Screens #1 and #2 are the larger screens, and #2 used to have THX. I am not sure it is certified for that any longer, as they never advertise it.

Screens #6 and #7 are about 200 seats, and the rest of the theaters practically qualify as “screening rooms”, with about 125 seats each.