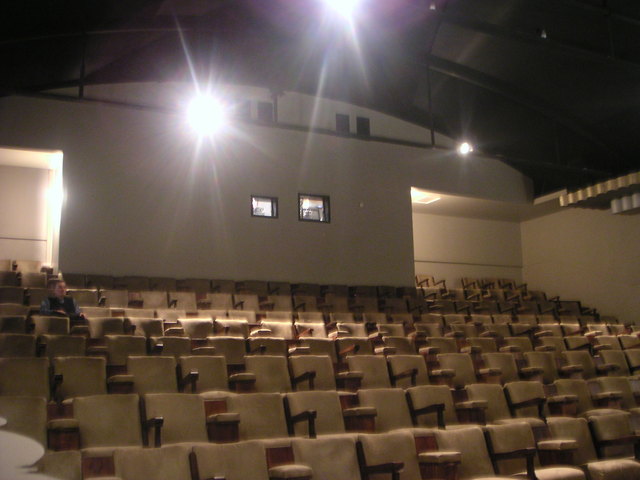 The Sun Theatre opened in April 1938 and was the first cinema in Melbourne to be designed in the stadium seating plan, with a raised section at the rear, instead of a balcony. It had an original seating capacity for 1,041.

It was closed on 6th January 1982, after screening Greek language films for several years. The building sat derelict and empty for approximately twenty years. The Sun Theatre was restored, updated and initially re-opened as a four screen theatre. In around 2005, two additional screens were built at the rear. In 2015 another two screens were added.

The Sun Theatre was designed by the architectural firm of Cowper, Murphy & Appleford. It was built for and operated by the Yeomans family who operated several Melbourne suburban cinemas, including the Westgarth Theatre in the district of Northcote.

It is accredited with being the first stadium design cinema in Australia with a parabolic floor (that is a floor which slopes down towards the screen, then reverses the slope upwards at the screen end).

In 1963 it was taken over by Cosmopolitan Motion Pictures and dropped normal release films in favour of Greek language films. It closed in 1977 and lay empty and boarded up for 18 years during which time the ceiling collapsed and most of the Art Deco decoration was destroyed.

In 1965 Michael Smith was looking for a building in which to base his company which manufactures cinema screens and curtains. Instead of turning it into a factory he brought in volunteers from the Sun Film Society who helped clean the place up and installed second-hand seats and in 1996 they began to screen classic and cult movies.

After a huge AU$1.5Million investment it was converted into a 4-screen cinema which opened on 23rd May 2003. Much of the decorative plasterwork has been re-created on the side walls, but the ceiling has still not been replaced.

The screens are named after former theatres in the area, the Grand, the Barkly, the Trocadero and the Lyric and have seating for 200, 170, 95 and 40.

The Sun Theatre has added two more screens. Named La Scala, 50 seats and Davis, 100 seats. The Davis is named after a local cinema identity Brian Davis, one time projectionist at the Sun.

2 new screens were added in 2015, bringing the total number of screens at the Sun Cinemas to 8
.