This theater showed adult films in the late 1960s. It sustained severe damage after an explosion in August 1970, which apparently was deliberately set.

Here it is, View link
It was an storefront cinema. 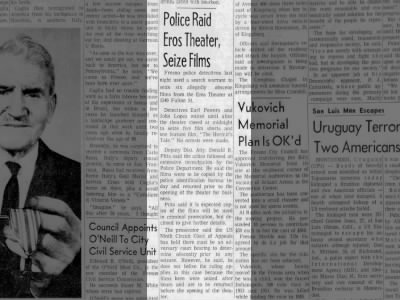