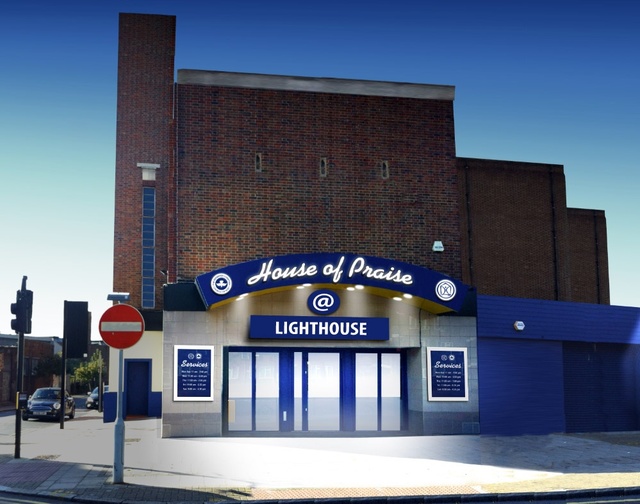 Located on the corner of Medlar Street and Camberwell Road in the southeast London inner-city district of Camberwell. The Regal Cinema opened on 17th June 1940 with little ceremony. It was already partially built when World War II broke out and was allowed to be completed. Initially it was project of D.J. James Circuit (planned in 1937 and to be called the Florida Cinema), but was sold to Associated British Cinemas prior to completion.

It was one of the largest suburban cinemas in London and had a splendid Art Deco style. The splay walls beside the proscenium opening have fluted columns, upon which are mounted slender glass light fittings and there is a decorative grille in the the centre of the columns.

Within weeks of opening, in September 1940, the Regal was closed by bomb damage (which killed some patrons) but it quickly re-opened on 6th October 1940.

From 17th December 1961 it was re-named ABC and continued as a successful single screen cinema until closing on 27th October 1973 with James Coburn in “Pat Garrett and Billy The Kid” and David Bailey in “Wicked, Wicked”.

It was converted into an Alpha Bingo Hall and has had several companies operating the building over the years including Jasmine Bingo. It operated as a Gala Bingo Club until late-February 2010, when it was closed suddenly, and the building was sold to a church. It is a Grade II Listed building.

Two interior photographs of the Camberwell Regal/ABC taken in 1988, when it was operating as a bingo hall.

Just a small point but the marker on the map for this cinema is some distance from its actual location which is at the corner of Medlar Stree and Camberwell Road, SE5