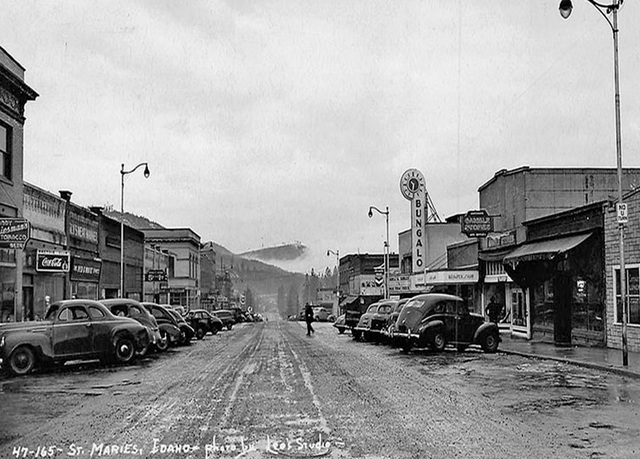 The Bungalo Theater was owned and operated by Fulton Cook and his wife in the 1940’s.

The August 5, 1939, issue of Boxoffice Magazine said that Seattle architect Bjarne Moe had the contract to design the Bungalo Theatre for Fulton Cook. It probably opened the next year.

The August 3, 1940, issue of Boxoffice quoted Bjarne Moe as saying that Fulton Cook had completed the remodeling of his old theater at St. Maries for occupation by the U.S. Forest Service. Neither the name nor the address of Cook’s former theater were given.

The Bungalo was in operation at least into 1955, when the April 16 issue of Boxoffice reported that Fulton Cook had bought land for the construction of a new drive-in theater, and named him as the manager of the Bungalo Theatre.