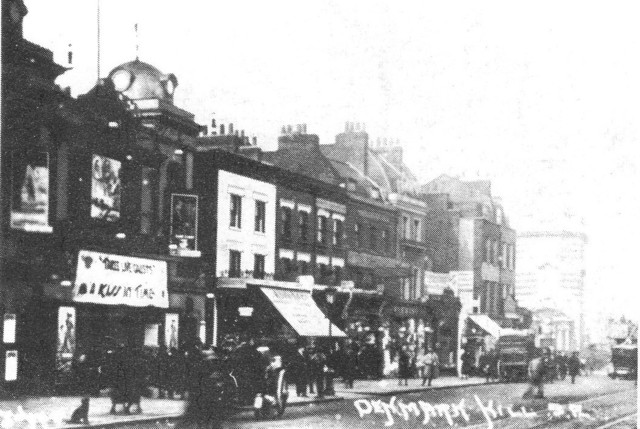 Opened in either late-1913/early-1914 as the Golden Domes Picture Theatre, it was a project of the Davis family and was located on Denmark Hill opposite Camberwell Green in the south London district of Camberwell.

The building originally had a very decorative exterior which was ‘crowned’ by two large domes on each side. Right through its early life and into the late-1930’s it operated on a policy of pictures and variety. The proscenium was 35ft wide.

The Essoldo Cinema closed on 1st August 1964 with Richard Harrison in “Perseus Against the Monsters(Perseo I'invincible)” and George Montgomery in “Gun Duel in Durango”. The building had be purchased to be converted into a supermarket and unfortunately the ornate facade was removed. It was recently a Kwik Save Store, then a Somerfield Supermarket and by 2012 a Co-operative Supermarket.